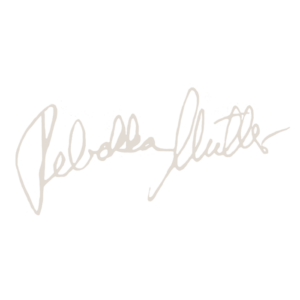 Actress Rebekka Mueller is German-American from Bremerhaven, Hannover, Berlin. She lives in Los Angeles since October 2016.  She has won several awards for her performances.  Among others the best  “Best Actress”  Award at the Los Angeles Independent  Film Festival. She has worked in German movies, feature films, , action series, TV Shows,  romantic series, rom-coms, thriller, horror movies and comedies and in theater.  The actor is also starring in many national and international commercials.  Her favorite genres are drama, sci-fi and comedy.

Rebekka has worked alongside Wayne Carpendale and Anatole Taubman. She had been cast in many high budget productions.  Quentin Tarantino helped her the join the Screen Actor’s Guilt.   So “Once upon a Time in Hollywood” with Leonardo DiCaprio, Brad Pitt and  Margot Robbie will always be in good memory for her. And sharing some time with Robert De Niro was a great motivation for her.

The actor loves mainstream films. Her all-time favorite is Yoda and Baby Yoda from Star Wars.  No wonder she has a  Disney plus membership. The actress also favors Steve Martin and Chevy Chase comedies from the 80s and 90s.   Rebekka also like  Tom Cruise movies like Mission Impossible, Top Gun and Minority Report.  The Actress learned singing with musicals like Les Mis, Cats and Miss Saigon. As a chils she sang all Disney movie songs from Mulan, Aladdin and Frozen.

The actress loves superheros.  Superman and Batman are her number ones.  She loves the Warner Bros. TV show  “The new Adventures of Superman”.  The fine arts are on Rebekka Mueller’s  list as well. Movies like Steven Spielberg’s “Bridges of Spies”, “ A.I. Artificial Intelligence” or Martin Scorcesse’s  “Departed” she enjoys.

Actress Rebekka Mueller is a real  hustler. Constantly is she working on her craft. She was six when she realized that she wanted to become an actress in America.  Acting workshops, Camera workshops and accent reduction classes: she is a regular in all of these classes.  Her goal this year as an actress: She wants to get her first role as a series regular in a US show. Later this year she would love to get a supporting role in a blockbuster.  As there are no coincidences the actress is attending acting classes at  Warner Loughlin Studios.   Like Amy Adams, Ryan Reynolds, Laura Dern and Tom Hanks she gives all her talent for every gig , job or role.

One of her favorite German comedians is Oliver Pocher. He has a great program making fun of influencer at the moment. The actress discovered comedy when coming to Los Angeles. So she attends comedy classes at Groundlings. The actress hopes to land a role on SNL.